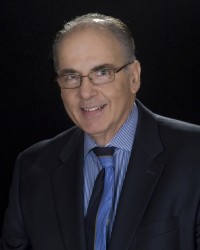 Michael has 40 years of legal expertise in Employment and Labor Law, and is a member of the Bars of Georgia, Maryland, and the District of Columbia. He is admitted to practice before the U.S. Supreme Court and numerous federal appellate courts, and all of the state courts in Georgia.   A 1968 honors graduate of Catholic University in Washington, D.C., he attended Catholic University’s Law School where he was a Law Review Editor and Legal Services Office Student Director.   After receiving his J.D. in 1971, Michael began his career in the General Counsel’s Office of the National Labor Relations Board (NLRB) and later served as a Trial Attorney in the NLRB’s Baltimore Regional Office.  He entered private law practice with a nationally-prominent Labor and Employment Law firm in Washington D.C. before relocating to Atlanta in 1977.

He is former Chair of the Labor and Employment Law Section of the State Bar of Georgia and Editor of its Labor Law Newsletter.  His clients include manufacturing and healthcare companies, municipalities and public employers, individual public officials, executives, managers and private and public employees.   He is an expert in cases arising under the Equal Employment Opportunity Laws, Fair Labor Standards Act, the National Labor Relations Act, the Occupational Safety and Health Act and ERISA.  As an arbitrator and trained mediator, Michael serves as a Personnel Hearing Officer for numerous cities and agencies, and is recognized for his skill in drafting and interpreting individual employment contracts, severance agreements, and covenants not to compete.

Michael is General Counsel for the Georgia Association of Chiefs of Police and the FBI Academy National Associates, (Georgia Chapter).  He is an adjunct professor of Human Resources Management and Law at the Law Enforcement Command College of Columbus State University and has served as an adjunct instructor in Human Resources Law and Ethics at the Beebe Personnel Institute of Georgia State University’s Graduate College of Business.

Michael co-founded and is Past President of the Saint Thomas More Society of Atlanta. He has held an AV (the highest level) peer rating by the Martindale-Hubbell Law Directory for over 20 years and has been named a Georgia SuperLawyer.

Admitted to Practice: All federal and state courts in Georgia; Maryland, the District of Columbia, the United States Supreme Court,  U. S. Court of Appeals for the 3rd 5th, and 11th Circuits and U.S. District Courts for the Northern and Middle Districts of Georgia and the  Northern District of Florida.

We will respond to your inquiry in a timely fashion. Thank you.